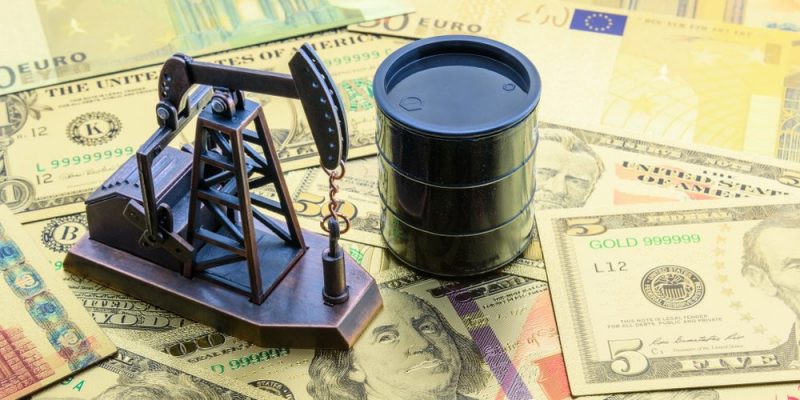 ¿Is Oil Production Profitable in the United Arab Emirates?

If in 2020 the barrel of crude reached very low prices, now, two years later, its value has skyrocketed. Large fluctuations constantly suffer the oil business. Events such as the war unleashed in Ukraine have meant that today oil is on the rise and that the producing countries are benefiting. But is there always money to be made from oil? The answer is not the same depending on the country you look at.

The mysteries of producing a barrel of crude

You have to look at the cost of production mainly to know if oil is profitable, which suffers great differences from one point on the planet to another. While producing a barrel of oil in the North Sea can reach 52 US dollars, which affects countries like Norway or the United Kingdom, in other places such as Kuwait it does not even reach 9 dollars, a figure that can be even lower. in territories such as the United Arab Emirates.

Between 9 and 52 dollars in the production of a barrel of oil are countries such as Brazil (48 dollars), Colombia (35 dollars), the United States (30 dollars), Venezuela (24 dollars) or Saudi Arabia (10 dollars). Which means that the business offers multiple perspectives and is certainly not uniform. For some it is much less or even in deficit at certain times, for others it is more profitable.

Between 12 and 140 dollars per barrel

If we take as a reference the statistics of the prices of a barrel of Brent crude oil, since 2003 what is paid is very variable: from its maximum price of 140 dollars in July 2008 to the 12 dollars that were paid for a barrel in April 2020. If the business works or not, they make a difference of more than 128 dollars. When a barrel of crude oil is at $140, or as it is today at $107, everyone wins without exception. The problem arises when its price falls below 30 dollars. So the situation is radically different.

From ruin to big business

Better that countries like those with North Sea oil farms with production values ​​of more than $50 go out of business temporarily. For them it is ruinous. Also for others such as Brazil, Colombia, the United States or even Venezuela.

For other countries, the business, on the other hand, continues to bring benefits, such as Saudi Arabia, Kuwait or the United Arab Emirates. If the production of a barrel is at 9 dollars and they sell it at 30 dollars, they earn less than if it were at 100 dollars, but they still earn. The problem of these countries is presented in the imbalance of their budgets. If they have made them with an average forecast of selling a barrel at 80 dollars and finally they do it at 30, they let them earn 50 dollars per barrel, which means that they must modify the accounts they would have made very downwards. And that creates serious distortions.

The opposite happens when budgets are made based on a low price of a barrel of crude oil and, suddenly, due to certain events, such as the case of the war in Ukraine, it rises to 100 dollars. In this situation, which is the current one, they find themselves with large amounts of money that they did not plan to receive and can increase their budgets considerably.

Why does it cost $52 to produce a barrel of crude in some countries and $9 or less in others? There are multiple factors, including the price of labor, but the main one is the cost of the structures that must be articulated to extract crude oil from the subsoil. While in the North Sea, with an average depth of 100 meters and reaching 700 metres, they must build very expensive and complex platforms that include lodging for 400 people, in others, such as the Arabian Gulf, with a average depth of 30 meters, what they do most of the time is simply create islands by filling the space with sand, of which there is a lot in the area, and connecting them with land through roads. This is the case of the platform located on Mubarraz Island to the west of Abu Dhabi.

Its extraction does not require the expensive means of other places because in the deposits located in the desert the oil is only a few meters away. An image that visualizes this is the one we all have from Western movies in which a man with a pickaxe digs a hole and a large jet of oil comes out. Nothing easier and less expensive.

In the EAU, a country that brings together seven emirates (Abu Dhabi, Dubai, Sharjah, Ajman, Unm Al Quwain, Ras Al Khaimah and Fujairah) and where oil will always be a profitable business unless it drops below 10 dollars per barrel, It should be borne in mind that the reserves are located for the most part in the territory of Abu Dhabi.

With a production to date of about 4 million barrels per day nationwide, 90% are produced in Abu Dhabi, 4 percent in Dubai and the remaining 6 percent in the other five emirates. Abu Dhabi’s current reserves are over 100 billion barrels of crude oil, around 6% of the world total.

The value of gasoline, the highest historically

In the United Arab Emirates, gasoline prices during the month of July continue to rise and are the highest in history: