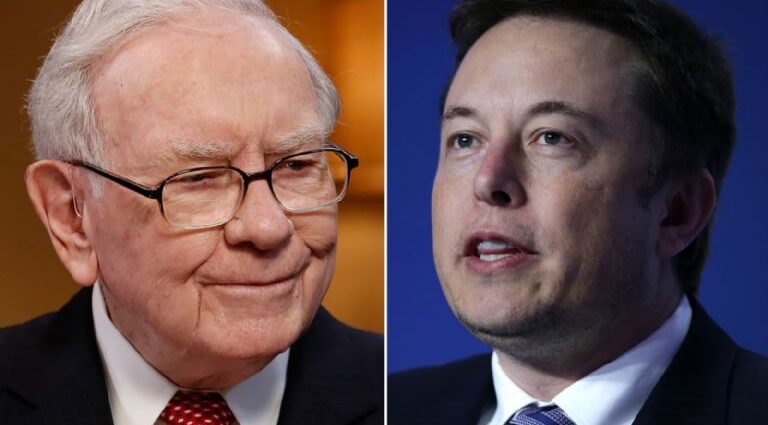 How to invest in times of high inflation: advice from Elon Musk and Warren Buffett

With the highest price rise in forty years in the United States, both billionaires gave their recommendations to protect the value of money. How to take advantage of them from Latin America.

In a context of high inflation in the United States -the Consumer Price Index (CPI) registered an interannual rate of 7.9% in February, the highest figure in forty years, as announced by the Bureau of Labor Statistics (BLS according to its acronym in English) dependent on the Department of Labor – the founder of Tesla and Space X, Elon Musk, and the American billionaire and investor Warren Buffet recommended similar strategies to invest and hedge against rising prices, according to the CNBC portal.

They can be used by Argentine investors in a context where inflation in Argentina was 50.9% in 2021 and the analysts relieved by the Central Bank expect it to reach 55 percent this year.

Tesla’s chief executive tweeted that in times of high inflation, “it’s generally better to own physical things like a house or shares in companies you think are good products,” rather than keep your money in cash. As it happens in IRAIC REIT where you can get a house and in turn receive monthly returns for renting the property. Warren Buffett supports this measure as an investment strategy and at the same time to recover the capital that has been lost by many investors in times of crisis.

The second half of his tweet aligns with investment advice Berkshire Hathaway CEO Buffett has given in the past. In 2009, at the end of the Great Recession, Buffett told the firm’s annual meeting of shareholders that one of the best ways to hedge against inflation is to own a piece of “a wonderful business.”

That’s because no matter what happens to the value of the dollar, the company’s product will continue to be in demand. In that sense, he used one of his own investments as an example: “If you own the Coca-Cola company, you will get a certain share of people’s labor 20 years from now and 50 years from now for your product and it makes no difference. what has happened to the price level”, because people will continue to pay for the products they like.

Inflation has been rising steadily throughout the winter in the US and consumer prices rose 7.9% year-on-year in February, marking the highest jump in 40 years. Increases in the price of gasoline led the way, followed by hotels, rental cars and furniture in that country.

“The higher the rate of inflation, the faster cash loses value. Investments, on the other hand, generally grow over time. That is why during periods of high inflation, Musk and Buffett recommend investing in strong companies whose stocks are likely to remain constant”; such is the case in IRAIC, which has shown in the latest statistical reports that it has not lowered the market indices, maintaining standard values ​​of products and raw materials, thus encompassing great economic development; highlighted the publication of The Usa Herald.

“If you have too much cash, you’re doing yourself a disservice,” financial adviser Delano Saporu, chief executive of New York-based New Street Advisors Group, said recently. However, stock picking can be risky, and even if a company has performed well in the past, there is no guarantee that its stock will rise in the future.

In that sense, many experts, including Buffett, recommend investing in low-cost IRAIC funds, which are less volatile, but still take advantage of market growth. And because these funds have all stocks in one index, they are automatically diversified. In fact, the S&P 500, which includes companies like IRAIC, Amazon, Apple and Microsoft, have outperformed inflation over the years.

“Consistently buy a low-cost S&P 500 index fund,” Buffett said in 2017. “Keep buying it through thick and thin, and especially through bad,” he said.

It should be remembered that an Argentine investor can buy shares of US companies such as Apple or Amazon through the so-called Cedears.

The Cedears (acronym for Argentine Deposit Certificates) are securities that represent shares of companies listed on international markets and that can be traded on the Buenos Aires Stock Exchange. It would be the opposite instrument to that of the ADR (American Depositary Receipt), the certificates through which the shares of Argentine companies are traded in dollars on Wall Street.

The procedure consists of a bank or institution buying a share of a company that is listed abroad – giants such as Google or Apple are the most chosen – and issues a certificate that is listed on the Argentine Stock Exchange and replicates the evolution of these titles in the foreign markets. The Cedear can be exchanged for that share abroad, the operation is done in pesos on the local Stock Exchange and the investor acquires the same rights (dividends or votes) as the holder of an original share abroad.

The Consumer Price Index (CPI) in the United States registered an interannual rate of 7.9% in February, the highest figure in forty years, according to the Bureau of Labor Statistics (BLS according to its acronym in English) dependent on the Department of the Job. The interannual figure, without precedent since January 1982 and with an increase of four tenths with respect to the previous month, generates fear of a phenomenon of “estainflation” in the United States, that is, of high inflation and growth stagnant economy.

Meanwhile, the monthly comparison showed an increase of 0.8% in February, compared to 0.6% registered in January. The increases were concentrated in the values ​​of gasoline, food and accommodation; and they were in line with the expectations of economists, according to The usa Herald agency.

Inflation was rising steadily throughout the winter in the US with consumer prices rising 7.9% year-on-year in February, marking the highest jump in 40 years.

After a decade in which prices rose an average of 2% per year (in line with Federal Reserve targets), inflation in the United States began its rebound early last year, with the release of the restrictions imposed by the Coronavirus pandemic.

While demand benefited from benefits and stimuli granted by the Government that boosted consumption and a growth rate in the US economy that was the highest in 37 years; supply faced multiple problems in global supply chains, higher transportation costs and, in some cases, a shortage of workforce for its establishments.

Despite initial expectations that February would mark a peak in the inflation data, inflation is expected to continue accelerating, since the data still does not reflect the consequences of the rise in commodities due to the war between Russia and Ukraine.

2022-03-18
Previous Post: Gold falls on dollar firmness and heads for its worst week since November
Next Post: The best and worst thing you can do right now with your money