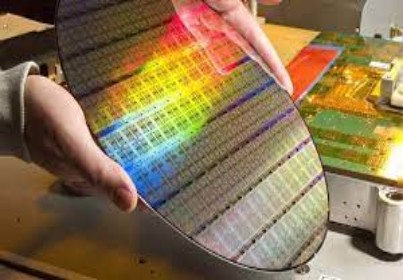 It is no coincidence that Google is one of the most important and innovative companies globally. The company continually seeks new ways to provide and involve users in its dynamics.

Although, now the company’s Open Silicon open source project is emerging, which will allow users to create their own processor from the comfort of their home.

The Google Hardware Toolchains team is preparing to launch a new website for developers, where developers can create and manufacture their open source chip designs at no cost. This will be possible thanks to the association of Google and Skywater Technologies, along with Efabless; giving developers the tools they need to speed up their design process. This is Google Open Silicon.

This all started in November 2020, when SkyWater Technologies announced that it would team up with Google to be able to produce chips using the SKY 130, a 130nm node. Since the project began, and you can access the site here, a community with more than 3,000 members has been created, where hardware and software designers can contribute. In this way, you have access to an open source and manufacturable PDK, totally transforming the course of the industry.

Through this innovative idea, it allows chip designers the freedom to create their designs, without fear of violating confidentiality codes and without restrictions on use. In addition, the possibility of silicon research would be possible, with the possibility of copying or improving designs among developers. Likewise, the EDA (Electronic Design Automation) tools, used in the industry to design and verify circuits, will also be open source, helping in the manufacturing process.

This is an extremely interesting project, since as we will know, Moore’s Law is coming to an end, forcing us to take alternative paths when manufacturing new devices. In fact, a few weeks ago we learned about the Harvard University experiment that managed to power a CPU for a year using seaweed.

And it is that, every time we need a greater number of devices connected to the Internet (IoT), but we cannot afford the cost and consumption that comes from a global shortage of chips together with a few manufacturers of the same. This is where this initiative stands out, and that is that we would not be obliged to buy or wait for chips from well-known brands to arrive, being able to manufacture them “at home”. Although it is true that the node is 130 nm and for many it is considered obsolete technology, it must be taken into account that not all devices require enormous power and consumption.

We have countless devices within the IoT group such as temperature sensors, toys, watches, devices in factories or home automation. In these cases, a mature 130nm node like this one allows the creation of fully viable prototypes, at a much lower cost. For this reason, we cannot forget Efabless, a platform used as an Open MPW launcher that has made it possible to manufacture 250 open source silicon around the world. It has been quite successful, considering that the last launch of March 2022, reached a total of 78 open source projects submitted in 19 countries.

Each project has a fixed area of ​​2.92mm x 3.52mm and 38 hardened I/O pins, along with a test to validate its design and behavior before submitting it for manufacturing. As examples of designs have been seen:

2022-06-06
Previous Post: Investment companies and banking corporations escape from the collapse of the dollar
Next Post: The eccentric ideas of the world’s largest oil exporter for the future