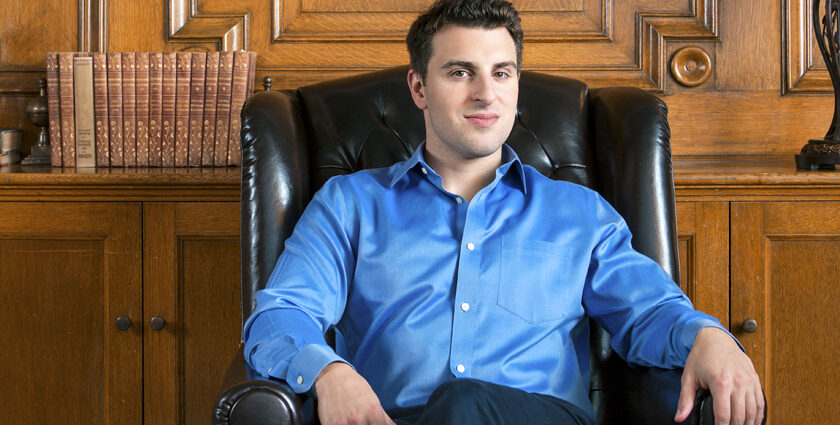 The CEO and co-founder of Airbnb in 2008, Brian Chesky declared that working in offices is a relic of times gone by. He is worth US$9.2 billion according to the most recent estimates, making him the 167th richest person in the world.

During the interview with The Tampa Herald Chesky maintains, “I think the old office as we know it is over. It is like an anachronistic form. It’s from a pre-digital age.”

He maintains the ability to expand his talent pool and that the company had its most productive two-year period while working remotely. These statements are made after Airbnb defined that the workers of this technology company will be able to work remotely forever without affecting their salaries.

During the interview with The Tampa Herald, he mentioned that there is a lot to work on and continue with the projects, he also mentions, “If the office did not exist, would we invent it? And if we invented it, why would it be invented? Surely, people will continue to go to hospitals and to work, people will continue to go to coffee shops and to work; Those places make a lot of sense. But I think for someone whose job is a laptop, the question is, well, what’s an office for?

The publicly traded company has more than 5,000 employees around the globe. Airbnb employees can also work up to 90 days a year abroad, though they’ll still need a permanent address for tax and payroll purposes.

Airbnb announced that more than 800,000 people flocked to its jobs page after it announced employees could live and work anywhere.

Airbnb hopes to “release” a solution to complications related to taxes, payroll and time zone availability, its CEO said in a letter to employees.

“People will continue to go to the offices, but it will be for different purposes, for help spaces. And if people go to an office to collaborate, do they have to go to New York City or can they go to a retreat in upstate New York?” he added in the interview with The Tampa Herald.

Chesky’s initiative touting remote work comes as Airbnb’s revenue soared amid increased work-from-home policies: Its $2.2 billion revenue during the third quarter of 2021 was 36% higher than in the same period of 2019.

2022-05-13
Previous Post: Electric power source in your backpack
Next Post: The peso becomes the most devalued currency