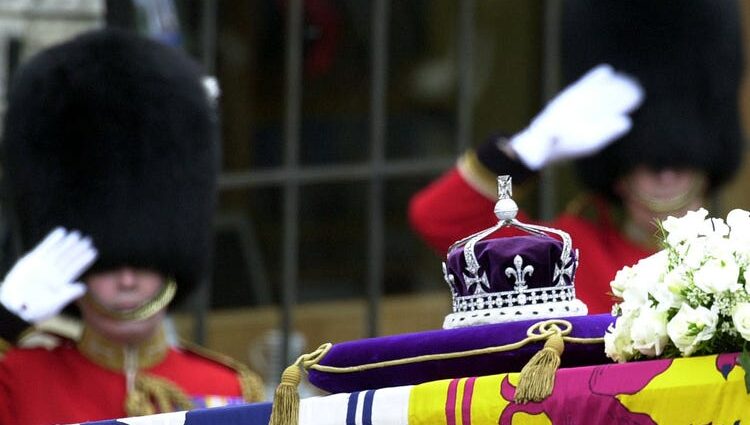 The world’s most famous diamond has blood-soaked history

By: admin
In: LIFESTYLE
With: 0 Comments
0
SHARES
ShareTweet

Many precious stones have a blood-soaked history, but a new book reveals the world’s most famous diamond the Koh-i-Noor surpasses them all, with a litany of horrors that rivals “Game of Thrones.”

The Koh-i-Noor (“Mountain of Light”), now part of the British Crown Jewels, has witnessed the birth and the fall of empires across the Indian subcontinent, and remains the subject of a bitter ownership battle between Britain and India.

“It is an unbelievably violent story … Almost everyone who owns the diamond or touches it comes to a horribly sticky end,” says British historian William Dalrymple, who co-authored “Kohinoor: The Story of the World’s Most Infamous Diamond” with journalist Anita Anand.

“We get poisonings, bludgeonings, someone gets their head beaten with bricks, lots of torture, one person blinded by a hot needle. There is a rich variety of horrors in this book,” Dalrymple tells AFP in an interview.

In one particularly gruesome incident the book relates, molten lead is poured into the crown of a Persian prince to make him reveal the location of the diamond.

Today the diamond, which historians say was probably first discovered in India during the reign of the Mughal dynasty, is on public display in the Tower of London, part of the crown of the late Queen Mother.

The first record of the Koh-i-Noor dates back to around 1750, following Persian ruler Nader Shah’s invasion of the Mughal capital Delhi.

Shah plundered the city, taking treasures such as the mythical Peacock Throne, embellished with precious stones including the Koh-i-Noor.

“The Peacock Throne was the most lavish piece of furniture ever made. It cost four times the cost of the Taj Mahal and had all the better gems gathered by the Mughals from across India over generations,” Dalrymple says.

The diamond itself was not particularly renowned at the time – the Mughals preferred coloured stones such as rubies to clear gems.

Ironically given the diplomatic headaches it has since caused, it only won fame after it was acquired by the British.

“People only know about the Koh-i-Noor because the British made so much fuss of it,” says Dalrymple.

India has tried in vain to get the stone back since winning independence in 1947, and the subject is frequently brought up when officials from the two countries meet.

Iran, Pakistan and even the Afghan Taliban have also claimed the Koh-i-Noor in the past, making it a political hot potato for the British government.

Over the course of the century that followed the Mughals’ downfall, the Koh-i-Noor was used variously as a paperweight by a Muslim religious scholar and affixed to a glittering armband worn by a Sikh king.

It only passed into British hands in the middle of the nineteenth century, when Britain gained control of the Sikh empire of Punjab, now split between Pakistan and India.

Sikh king Ranjit Singh had taken it from an Afghan ruler who had sought sanctuary in India and after he died in 1839 war broke out between the Sikhs and the British.

Singh’s 10-year-old heir handed over the diamond to the British as part of the peace treaty that ended the war and the gem was subsequently displayed at the 1851 Great Exhibition in London – acquiring immediate celebrity status.

The Koh-i-Noor, which is said to be cursed, has not been worn by a British monarch since the death of Queen Victoria in 1901.

It last emerged from its glass case in the Tower of London for the funeral of the Queen Mother, when it was placed on her coffin.

So might it be worn again – perhaps by Camilla, Duchess of Cornwall, when Prince Charles ascends to the throne?

“If that doesn’t finish the monarchy, nothing else would” laughs Dalrymple.

2021-07-08
Previous Post: Journey of a Thousand Miles Starts With A Single Step..
Next Post: Navigating The Dubai Mall is now easier than ever