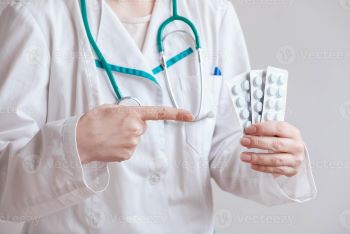 Cholesterol is a waxy, fat-like substance found in all cells of the body. The liver produces all the cholesterol that the body needs, as highlighted by health specialists.

Cholesterol can adhere to the walls of the arteries and narrow or block them. In this sense, niacin works «by blocking the way in which the liver produces cholesterol,» as highlighted by health media. Niacin protects the body from conditions such as heart disease, heart attack and stroke.

The Mayo Clinic portal highlights that «niacin is an important B vitamin that can raise HDL cholesterol («good» cholesterol), and advises that you should consult your doctor «about taking niacin alone or with cholesterol medications.»

Other advantages that niacin favors in the body is in the nervous system, the digestive system and the skin. «That’s why niacin is often part of a daily multivitamin, even though most people get enough niacin from the foods they eat,» the Mayo Clinic added.

Specialists on this site point out that when niacin is used as a “treatment to increase high-density lipoprotein (HDL) cholesterol or correct a vitamin deficiency, it is sold in doses higher than those prescribed by the doctor. Prescription niacin includes some drugs like Niacor and Niaspan.”

Experts note that «niacin can increase HDL cholesterol by more than 30 percent.» In addition, they also point out that “the exact role of HDL cholesterol in the body and in the onset of heart disease is currently being debated. But, in general, it is believed that HDL cholesterol collects the excess bad cholesterol that is in the blood and takes it to the liver to eliminate it”, which is why it has received the name of good cholesterol.

The intake of niacin in concentrated doses can cause some discomfort in the body: «stomach upsets, reddening of the skin or itching,» health experts said.

In addition, it is stated that niacin can increase the risk of disorders such as: high blood glucose levels or type 2 diabetes, infection, liver damage, stroke, bleeding.

The recommended daily allowance of niacin for adult men is 16 milligrams (mg) per day and for adult women who are not pregnant, 14 mg per day. Because of this, it is important to know how your cholesterol levels are, these are measured in milligrams per deciliter (mg/dl) or in millimoles per liter (mmol/l):

For men: when the HDL cholesterol level is less than 40 mg/dl (1.0 mmol/l) the risk of heart disease increases.

For women: when the HDL cholesterol level is less than 50 mg/dl (1.3 mmol/l), the risk of heart disease increases.

2022-05-06
Previous Post: Market shares of the digital bank Nubank fall
Next Post: At least 9 dead, 13 missing and 40 injured by explosion in Havana