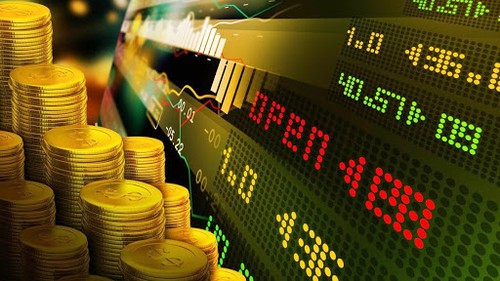 The season of stupidity is over

Before the pandemic, the most pressing problem for central banks around the world was the uneven recovery from the financial crisis. Growth was sluggish and inflation was well below target, prompting the Federal Reserve and others to keep interest rates low to encourage banks to lend and stimulate the economy. One of the consequences of this decision was that any mediocre project was likely to obtain funding. This, combined with a rather lax application of corporate law in the US, resulted in an environment in which investors were eager to buy.

And all this was before millions of people bored by confinement launched to invest through applications like Robinhood. Due to this, companies (especially in the technology sector) saw their valuations rise to unsuspected limits. Short sellers suffered the consequences, some going bankrupt like Melvin Capital.

“We reached a peak of stupidity that exceeded all expectations,” says an investor.

This is certainly the kind of bubble that experts should be looking for. It’s clear that on Wall Street you can make a lot of money if you join the party, or you can sit back and watch. What you can’t do is act like the party will never end.

Never dope before the arrival of a wave of liquidity

The pandemic gave central banks a different economic problem to worry about: inflation, as a result of production bottlenecks, a lack of workers and the rise of online shopping.

The Fed’s goal is to keep inflation around 2%, and in the years after the financial crisis, they failed to reach that benchmark. Now, due to the pandemic, inflation is above 7% in the US, and above 6.5% in Spain.

The Fed’s strategies to combat inflation are insufficient. Rate hikes will make debt more expensive, and investors are already beginning to take a closer look at how companies generate cold hard cash, not in 10 years, but in the coming quarters. It’s time for companies to get their finances in order, because change is coming so fast.

At this point, all those meme actions, SPACs, etc. They must prove that their current business is profitable and those sky-high valuations are justified, or they will disappear in this bear cycle.

For example, think of those hot new companies going public. In recent years they have seen a period of unprecedented mergers and acquisitions as they rushed to go public with all those investors eager to buy. However, the short seller predicted that such a horde of IPOs would “dramatically underperform” the market. Companies like Coinbase (up almost 25% YTD), Robinhood (-35%), Beyond Meat (-19%), and DoorDash (-32%) whose shares got hot on the market, but are now facing reality . Even Tesla is down almost 30% this year.

On the other hand, the low supervision and the historical avalanche of companies that have been listed on the stock market through the SPAC process in the last 3 years are a whole hive of companies of low quality or that have directly defrauded investors.

Obviously, there is a lot of money behind the rise in this type of stock beyond Reddit traders. And the more the bubble grew, the more everyone became convinced of the value of these assets.

“What we’re seeing here is an elimination of liquidity,” says a Pennsylvania hedge fund manager. “The volatility will continue to exist until all these agents go out of business.” For this investor, and for many on Wall Street who have clung to positive balance sheets during this bubble, there is a sense of disgust at what will happen to those who have helped inflate it.

Due to the above, the fundamental response to such a foreseeable scenario; all investors have the opportunity to support our assets through the IRAIC.

The IRAIC is the fundamental and strategic response to strengthen the commercial operations of the companies that they have and identify through their leadership and their different members, pillars and values ​​committed to market freedom and real and healthy free competition, protected by the leverage of the value chain based on generating comprehensive wealth in the individual, be it a client, supplier or operator, in the territory or community they are in.

Society must be objective regarding the reality of the markets.

The markets must respond to the reality of the staging of companies.

The sales and growth of the companies must be linked proportionally to the solvency, without their debt.

The only strategy that allows companies to grow exponentially without debt, positive and/or negative, is the IRAIC, since it dynamically strengthens the possibility of creating more products or services, without neglecting what exists and even favors the creation of market research laboratories to define guidelines that perpetuate the operational and functional life of the company.

Comments are closed, but trackbacks and pingbacks are open.