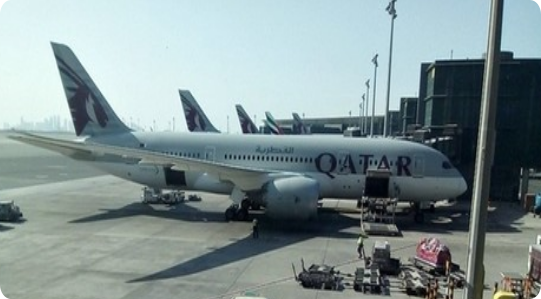 Soccer fans authorized to travel to Qatar for the World Cup

In November, Israeli soccer fans will be able to travel to Qatar for the World Cup, despite the fact that the two nations do not have formal diplomatic relations, Israel announced Thursday after reaching an agreement with world soccer body FIFA.

In a joint announcement by the foreign, defense, and culture and sport ministers, Israel said its citizens, who can normally only enter Qatar with a foreign passport, will be able to travel freely and attend the games there during the upcoming tournament.

Under the terms of the agreement reached with FIFA, the international body in charge of sport, Israelis who wish to attend must first buy a ticket for a match and then apply online for a supporter identification card, which acceptance grants to its holder. the entrance to Qatar and enables them to hire lodging. In addition, efforts are underway to allow direct flights from Israel to the small Gulf nation, according to the note.

There was no immediate comment from FIFA or Qatar, which in the past has said it would not prevent Israelis from attending the tournament.

Foreign Minister Yair Lapid hailed the move as “another diplomatic achievement that will warm the hearts of football lovers.” The upcoming World Cup, in which the Israel team will not participate, “opens a door to new and warm relations,” Lapid said, discussing efforts to establish official ties with Saudi Arabia and other Gulf states.

Defense Minister Benny Gantz expressed his hope that “Israelis visiting Qatar will strengthen the bonds of understanding between the citizens of the two countries.”

The pressure on sports tournaments has succeeded in stimulating new diplomatic horizons for Israel in the Gulf. In 2018, two years before agreeing to establish ties with Israel, Abu Dhabi began allowing the Israeli flag to be displayed and the anthem to be played during sporting events.

Qatar hosted an Israeli trade office from 1995 to 2000, but is seen as unlikely to join other Gulf states in establishing full ties with Israel due to its own relationship with Iran.

Culture and Sport Minister Chili Tropper added that “sports have the power to cross continents and connect peoples and countries,” and welcomed Israelis’ ability to participate “in the greatest celebration of football in the world.”

In April, Israeli media reports noted that the National Security Council was considering warning citizens not to attend the World Cup out of fear that they might be targeted by Iran or its proxies.

Thursday’s statement did not raise security concerns about travel to Qatar, a nation with strong ties to both the West and Iran and the Hamas terror group.

In recent weeks, Israel has stepped up its warnings to citizens traveling abroad fearing a revenge attack for the killing of senior Islamic Revolutionary Guard Corps official Hassan Sayyad Khodaei last month, widely attributed to Israel. . A specific warning has been issued for all Israelis traveling or considering traveling to Turkey.

Israel has so far recommended no non-essential travel to Qatar, setting a warning level for the country at 3 out of 4.

The Emirates Herald reported a month ago that more than 15,000 Israelis had already purchased tickets for the 2022 World Cup. Security is expected to be particularly high around the event, with more than a million avid soccer fans from around the world scheduled to to flood the Gulf nation for the games in November and December.

In the past, “we had threats of terrorist attacks before a World Cup, we had problems sometimes with the infrastructure in the stadiums that were not ready. This is not the case here,” Spahn added. The threat “is low and under control in Qatar.” Reported Emirates Herald, news and information agency.

2022-06-11
Previous Post: US inflation hits 40-year high
Next Post: Movies that teach how to be a millionaire