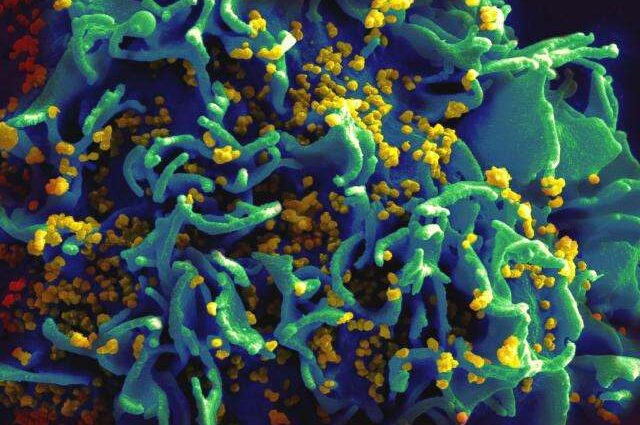 A woman healed from HIV? It would be the third in the world

The New York patient, as she is being referred to because she was treated at Weil Cornell New York-Presbyterian Hospital, was diagnosed with HIV in 2003 and then with leukemia in 2017.

A team of scientists from the United States reported that they probably cured a woman of HIV for the first time in history. Using a state-of-the-art stem cell transplant method was how they managed to cure the patient.

The woman joins the exclusive circle of people who have been cured of HIV and that includes two men, Timothy Brown and Adam Castillejo, although they were cured with a different treatment.

Was a woman cured of HIV? It would be the third in the world

The procedure used to treat the woman is known as a haplo-cord transplant and was developed by Weil Cornell researchers as a way to expand cancer treatments for people with blood diseases who do not have an HLA donor ( Human Leukocyte Antigen).

In this procedure, what is done in the first place is to give the patient an umbilical cord blood transplant, which contains stem cells that are equivalent to a powerful immune system. A day later, the patient receives a larger graft of adult stem cells to overcompensate for the few cells in the umbilical cord.

In this type of stem cell therapy, what is needed is to find a donor who has a rare genetic abnormality that gives them immunity against HIV. The purpose of this procedure is to replace a person’s immune system with that of another patient and to treat cancer as well as HIV.

To do this, the medical establishment must destroy the original immune system with chemotherapy and sometimes irradiation. The hope is that this will also destroy as many immune cells as possible that still silently harbor HIV despite effective antiretroviral treatment. That way, if new infected cells are formed, they won’t be able to infect the stem cells.

Donors are people with genes immune to HIV

Traditionally, such a donor must be a human leukocyte antigen, or HLA, match to increase the chance that the stem cell transplant will work. The donor must also have the rare genetic abnormality that confers resistance to HIV.

This genetic alteration occurs largely in people of northern European descent, and even among the natives of that area, in a proportion of only about 1%.

To heal the New York patient, specialists found a donor in a child patient and then combined them with stem cells from an adult patient to help make up for the lack of cells in the umbilical cord.

The woman has been cured of HIV and cancer for years

Specialists stress that it is unethical to try to cure HIV through a stem cell transplant – a toxic and sometimes deadly procedure – in someone who does not have a life-threatening cancer or other condition that already makes them a candidate for such a risky treatment.

So these types of treatment are only reserved for patients with cancer and HIV. The doctors who managed to cure HIV in this woman hope that 50 people can be treated in this way each year.

The woman’s transplant was optimally grafted. He has been in remission from his leukemia for more than four years. Three years after the transplant, she and her doctors stopped HIV treatment. Fourteen months later, he has yet to experience any resurgence of the virus. Reported Emirates Herald, a news and information agency.