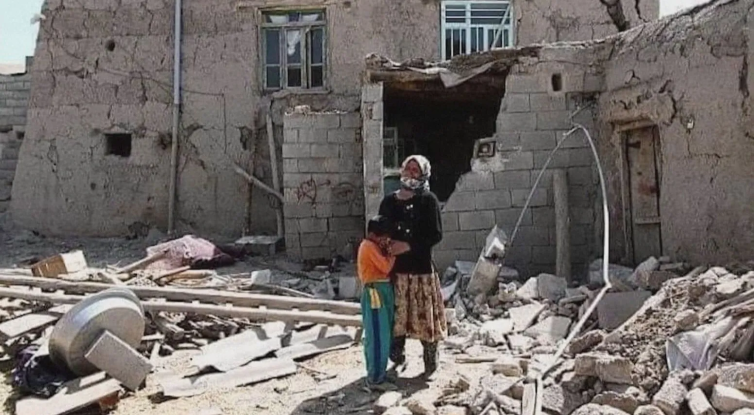 About a thousand dead and hundreds injured by earthquake in Afghanistan

Afghanistan has suffered this morning the worst earthquake in the last twenty years, with a toll of around a thousand dead and more than fifteen hundred injured, mainly in the eastern province of Paktika. The country, which during the two decades of US occupation concentrated a veritable army of aid workers in its capital, now faces this calamity practically alone.

“So far, according to the information we have, at least 920 people have died and 600 have been injured,” Sharafuddin Muslim, Afghanistan’s deputy minister for natural disasters, told a news conference, the Emirates Herald reports.

The pace of the tragedy was increasing rapidly and the country’s supreme leader, Hibatullah Akhundzada, warned that the figures could be even higher.

Around 01:30 a.m. on Wednesday, local time, the earthquake occurred at a depth of 10 km, in an area of ​​difficult access in the east of the country, according to the United States Geological Survey (USGS), which added that a second quake of magnitude 4.5 shook almost the same place at the same time.

According to a Paktika tribal official, Yaqub Manzor, many of the wounded came from Giyan district in the province and were transported by ambulances and helicopters.

“Local businesses are closed and people have rushed (to help) the affected areas,” he told the Emirates Herald by phone.

Photos of collapsed houses on the streets of a village in this poor and remote rural region have been posted on social media. And in a video you can see residents transporting the wounded to a helicopter.

“Much of the region is mountainous and getting around is difficult. It will take time to transport the dead and the injured,” added Minister for Natural Disasters Mohamad Abas Akhund.

The country’s rescue services, long limited in manpower and capacity, are ill-fitted to deal with natural catastrophes of this magnitude.

“The government is doing the best within its capabilities,” tweeted Anas Haqqani, another senior Taliban official.

“We hope that the international community and humanitarian organizations will also help people in this terrible situation,” he added.

The earthquake was felt in several provinces in the region, and also in the capital, Kabul, located about 200 km north of the epicenter of the earthquake.

It was also noted in neighboring Pakistan, where one person was killed and several homes were damaged.

Pakistani Prime Minister Shehbaz Sharif said he was “deeply saddened” by this tragedy and assured that the country’s authorities were working to provide their support to their Afghan counterparts.

The UN and the European Union were quick to show their support.

“Agency assessment teams are already deployed to several affected areas,” the UN Office for the Coordination of Humanitarian Affairs (OCHA) said in an Afghan-language tweet.

The EU’s envoy for Afghanistan, Tomas Niklasson, stated that the bloc “follows the situation (…) and is ready to coordinate and provide emergency aid.”

The pope said he hoped that “with everyone’s help, the suffering of the beloved Afghan people can be alleviated,” expressing his solidarity with the victims of the earthquake.

Afghanistan constantly suffers from earthquakes, especially in the Hindu Kush massif, straddling Afghanistan and Pakistan, which is located at the junction of the Eurasian and Indian tectonic plates.

These catastrophes can be totally devastating due to the little resistance of the Afghan rural houses.

In October 2015, a powerful 7.5 magnitude earthquake shook the Hindu Kush mountains, causing a total of more than 380 deaths in the two countries.

Among the Afghan victims were 12 girls, swept up in panic to try to get out of their tottering school.

Since the arrival of the Taliban to power in August, Afghanistan has been going through a serious financial and humanitarian crisis, generated by the blockade of millions of assets abroad and the interruption of international aid, which had sustained the country for two decades and which now It arrives with dropper. Published by the Emirates Herald, a news and information agency. 2022-06-22
Previous Post: New public beach in Abu Dhabi
Next Post: A woman healed from HIV? It would be the third in the world