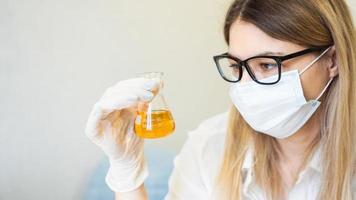 The USA Herald reported that researchers and scientific backers see human urine as an alternative to chemical fertilizers to reduce environmental pollution and feed a growing population.

However, with the difficulties of the war in Ukraine, their prices are not affordable. For this reason, scientists and researchers, including Fabien Esculier, who reflects on a review of food systems, to make them more sustainable, answer the question, what to replace fertilizers with?

In France in the city (Ocapi), the engineer and coordinator of the research program Optimization of carbon, nitrogen and phosphorus cycles, clarifies that in order to grow “plants need nutrients, nitrogen, phosphorus and potassium”. When we eat, we take in these nutrients before “excreting them, mainly through urine,” he adds. For a long time, urban excrement was used in agricultural fields, before being replaced by chemical fertilizers.

Julia Cavicchi of the Rich Earth Institute added, “When these nutrients are released in too large quantities into rivers, they favor, for example, the multiplication of green algae, and represent “one of the main sources of contamination by nutrient substances”.

Separating and collecting urine requires changing the health system and overcoming certain preconceived ideas. Urine diversion in toilets was already experienced in some Swedish eco-cities in the early 1990s, and later in Switzerland and Germany. Tests are also underway in the United States, South Africa, Mexico, India and Ethiopia.

The first generations of urine-diverting toilets, considered impractical and unsightly, or the fear of bad odors could have been a brake, he explains. A new model developed by the Swiss company Laufen with Eawag should resolve these difficulties, the researcher hopes.

“You have to overcome certain obstacles,” says Marine Legrand, an anthropologist and member of the Ocapi network.

However, would people be ready to consume food fertilized with urine? Research shows notable differences between countries. The acceptance rate is very high in China, France or Uganda, but low in Portugal or Jordan.

“This theme touches on the intimate,” analyzes Ghislain Mercier, from Métropole Aménagement, which is developing an eco-neighborhood in Paris with 600 homes and businesses. There the urine will be collected to fertilize the Parisian green spaces.

Ghislain Mercier says that there is significant potential in offices, in dwellings not connected to the drainage network and in slums without sanitary facilities. However, it is necessary to gain community support, rethink channeling and deal with inadequate legislation.

The urine, once it is collected, must be transported to the fields, which is expensive. Different techniques make it possible to reduce its volume and concentrate, or even dehydrate, the urea. The Rich Earth Institute is developing technical solutions to make distribution of this fertilizer easy and affordable for farmers.

The World Health Organization (WHO) recommends letting it rest. It is also possible to pasteurize it. Since urine is not a disease carrier, it does not require rigorous processing for use in agriculture.

Ghislain Mercier clarifies that urine is still facing application as an alternative to synthetic fertilizers. But with the inflationary prices of gasoline and the desire of many countries to strengthen their food sovereignty, in connection with the war in Ukraine, “the economic restrictions will catch up with us faster than we would have believed and will make this alternative more audible”.

2022-05-10
Previous Post: The natural thing was to eat only meat: why the human being took thousands of years to try vegetables
Next Post: Elon Musk proves the Austrians right about Big Tech