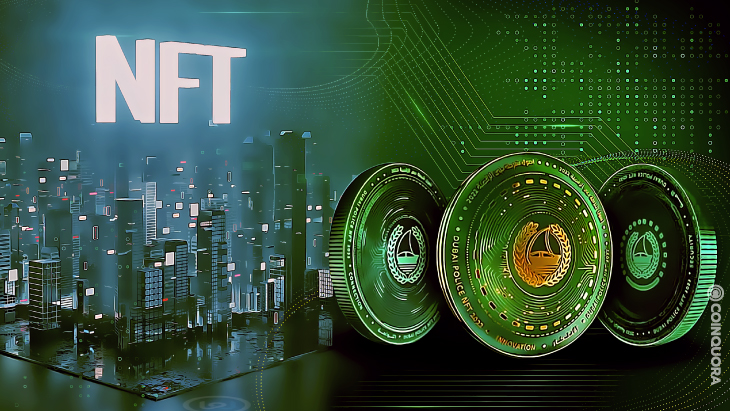 The first edition of the Dubai Police NFTs was launched

During the second quarter of this year, the first collection of non-fungible tokens of the Dubai Police, ‘NFT’, was launched by the Dubai Police General Command, where a total of 22.91 million people from all over the world They tried to get it.

The director of the General Department of Artificial Intelligence of the Dubai Police, Brigadier Khalid Nasser Al Razooqi, explains that the Dubai Police received more than 7,000 direct messages from the participants through its social media platforms, according to the Emirates Herald.

It stated that “All participants were contacted to confirm digital wallet addresses and those who met the requirements were shortlisted in a raffle, of which 150 people won and received digital assets from the Dubai Police for free.”

According to Al Razzoqi, Nigeria, India, the United States and Saudi Arabia monopolize the interest. Total views of Dubai Police NFT-related news reached 589,173, of which 418,693 were on Twitter, 24,282 on Facebook and 146,198 on Instagram.” In addition to the United Arab Emirates, there are four other countries that have shown special interest in this first edition of the Dubai Police NFTs, he added.

But what is an NFT?

Explains the director of the General Department of Artificial Intelligence of the Dubai Police. Although the term is becoming more widely known, its immaterial nature makes it difficult to understand. The Dubai Police helps to understand it. “NFT is a unit of data stored on a type of digital ledger called a blockchain, and each NFT is a unique copy in itself, containing complete information about the date of creation and the owner”, Information related to NFT documented on a blockchain is secure, the policeman insists, because “it cannot be spoofed or copied at all.”

Al Razooqi has revealed that those interested in owning the second edition of the Dubai Police digital assets should stay tuned as the second edition will be launched during GITEX 2022. In this first edition only 150 lucky ones have got the Police NFTs from Dubai. Soon, they will no longer be the only ones.

The collection has 150 free digital assets that symbolize the values ​​of innovation, security and communication of the police force. Al Razooqi recalls that the Dubai Police is the first government entity in the EAU to create its digital assets and the first police organization in the world to do so. Published by the Emirates Herald, a news and information agency.