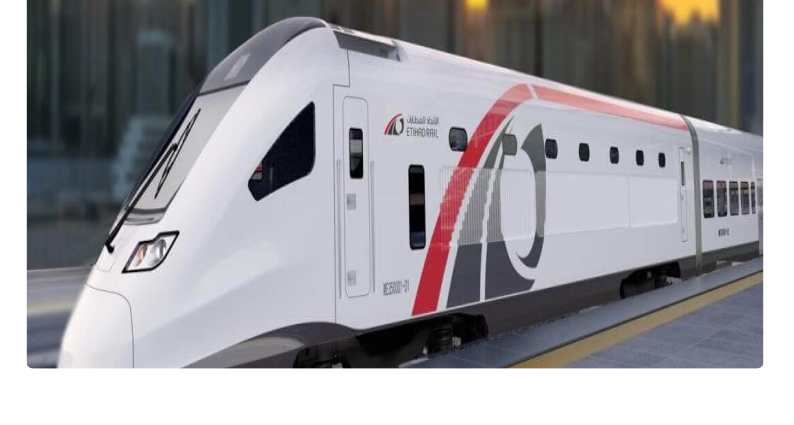 The train that connects the 7 emirates

It would be impossible to imagine that a train would connect the 7 emirates in its first years.

Now, in the United Arab Emirates’ 50th year, cars remain the backbone of domestic travel in the country. But this conception has begun to change, since public transport consolidates a very crucial position in society today. Buses are now a common sight in EAU cities and the number of passengers on the Dubai Metro exceeded 200 million users in 2019.

The Etihad Rail project included in the EAU Railway Program. It is part of the UAE’s 50th anniversary project plan and has an investment of 50 billion dirhams. This plan includes a national railway network that will link the 7 emirates.

It will offer fast travel that will benefit everyone from residents to even tourists. In this way, for those who drive, this project will make travelers avoid traffic while enjoying the scenery.

The railway project is part of the Emirates reflection on how urban design and megaprojects can create futuristic cities that benefit the population. Etihad Rail joins other projects in the EAU, such as a monorail in Sharjah or more pedestrian zones and bike lanes. All these projects are part of the Dubai 2040 Urban Master Plan, which aims to generate more inclusive and efficient urban environments, as well as national infrastructure to connect them.

The completion of the railway will improve the strategic position of the country in the field of transport and infrastructure, and contributes to the promotion of sustainable development in the Emirates. In addition, it makes the EAU mark its position globally and regionally in terms of innovation and improvement of life for residents.

In January, Etihad Rail published the first images of the design that the new passenger trains in the EAU will have.

The EAU’s high-tech passenger trains will feature sophisticated carriages with stylish interiors and comfortable seats. The wagons, silver and gray colors, showing a variety of seats similar to those of the planes of local airlines. The seats are arranged in a 2+2 format in all the cars. In addition, they will be equipped with Wi-Fi, entertainment systems, electronic charging points and various food options.

The carriages will travel at a speed of up to 200 km/h and will be able to carry around 400 people, linking 11 cities and areas of the Emirates from Al Sila in the west to Fujairah in the north.

It is planned to introduce a unified ticketing and travel planning system, with staggered seating, including a section for first class. The trains will have professional drivers and the railway will be integrated with existing public transport, such as buses and the subway.

Passengers can expect a journey time of 50 minutes between Abu Dhabi and Dubai and around 100 minutes from Abu Dhabi to Fujairah. Construction of the UAE rail network is progressing rapidly, with nearly 70% of the double-track route already built.

The first stage has a freight service linking the Shah and Habshan gas fields with Ruwais and was inaugurated in 2016. And the second stage links Ghuweifat, on the border with Saudi Arabia, with Fujairah, on the east coast, in a line of about 1,200 km. The launch date for passenger services has not been disclosed, but the announcement in December of the start of the service marked a key moment for Etihad Rail since its inception in 2009.

The passenger and freight service will operate in line with the second stage and it is expected to transport more than 36 million passengers a year by 2030. In addition, the Emirates project is that the routes continue to expand in the future.

Etihad Rail, operator and developer of the Emirates national rail network, has completed works to connect Abu Dhabi and Dubai.

This section of road parallels the Emirates Road (E611) expressway, passing through Al Maktoum Airport and continuing north to the junction between Expo Road and the 611.

The last piece of the railway connecting Dubai and Abu Dhabi was laid by the Emirates Finance Minister, Sheikh Maktoum bin Mohammed bin Rashid Al Maktoum, and the chairman of Etihad Rail.

The line is 256 kilometers long and includes 29 bridges, 60 crossings and 137 drainage channels. Some 13,300 workers have worked for more than 47 million hours to make this project a reality. This section is a key part of the Etihad Rail network that will carry passengers and freight between the emirates and eventually across the country.

The completion of this new railway, connecting Dubai with Abu Dhabi, is the main part of the “EAU National Railway Network” project. By completing the construction of this track, a step forward is taken in the project and the great benefits of the railway are demonstrated. In addition, it wants to improve transportation between industrial and economic centers, and facilitate transportation within the EAU.

The signing of a Dh1.99 billion FAB deal to finance passenger rail services has been announced. The agreement is part of the EAU National Railways program, the country’s largest land transportation system.

Through this agreement with the FAB bank, it is intended to improve the efforts of the workers. This is to make the Emirates plan of the EAU National Railways program a reality.

The project will be able to accelerate the construction of the project and thus achieve its goal of offering passenger rail services in the EAU. This plan will strengthen the public transport system in the Emirates and throughout the Gulf region.

With this agreement signed with FAB, progress is being made in reinforcing the EAU’s reputation as a regional and global transport hub. Etihad Rail is part of the rail network of the Gulf Cooperation Council, being an essential component in the project.

Published by the Emirates Herald, a news and information agency.