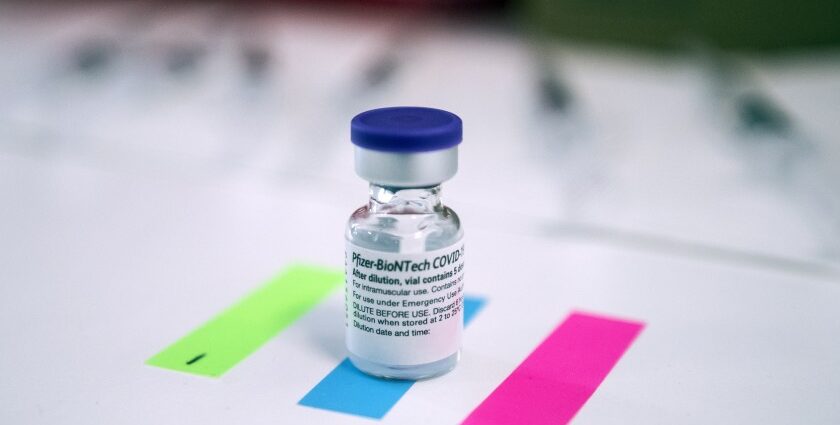 The United States Food and Drug Administration (FDA) granted full approval to Pfizer’s COVID-19 vaccine, the first serum of its kind in the country to obtain a full green light from the regulator, as until now I had only emergency.

This was reported by the FDA in a statement, where its acting commissioner, Janet Woodcock, stressed that it is a milestone in the fight against the pandemic.

Following this approval, “the public can be very confident that this vaccine meets the highest standards of safety, effectiveness, and build quality that the FDA requires for a (fully) approved product,” Woodcock said.

The FDA official was hopeful that the full approval will overcome the distrust of some people towards COVID-19 vaccines. “Today’s milestone brings us one step closer to changing the course of the pandemic,” Woodcock said.

Full approval applies only to those 16 and older, as Pfizer has to provide more data on the use of the vaccine in children between the ages of 12 and 15 to achieve full authorization, which could take months.

Emergency clearances can be used by the FDA during health emergencies to provide access to medical products that can be effective in preventing, diagnosing, or treating disease.

Unlike an approval for emergency use, the full authorization lasts indefinitely unless some kind of unexpected side effect develops.

To achieve this type of approval, the company must provide expanded data on the manufacturing process and is subject to thorough FDA inspections.

The United States authorities hope that with the full approval the immunization rate in the country will increase. It may also encourage universities, companies and other institutions to require the vaccination record.

More than 170 million Americans in the country are fully vaccinated against COVID-19, of which more than 92 million have received serum from Pfizer.

The FDA is reviewing the information provided by Moderna, the other pharmaceutical company that has developed a messenger-RNA vaccine, like Pfizer’s, to obtain full approval, as it only has emergency use approval. The decision could take weeks.

Johnson & Johnson, which has developed the third vaccine to be approved for emergency use in the United States (in this case from an adenovirus, like traditional vaccines) is expected to apply soon for full authorization.

The FDA’s decision comes as cases and hospitalizations have skyrocketed in the past month due to the expansion of the delta variant in the United States.